The history of Moore’s Animal Feeds traces back to the early 20th century. The present Managing Director’s great-grandparents ran a small grocery shop in the homestead, which was situated just 50 yards from the current premises. James Moore (1883-1964), as a young man at the age of 20, purchased a horse and cart, and began selling in the locality provisions from his parents’ shop.

He also traded in eggs and butter, purchasing the produce from the farms round about and selling it on to the shops in Belfast, transporting it by rail from Ballymena.

In the early years, finding business very difficult, James at one point considered emigrating to America, but was persuaded by his uncle to remain at home to look after his mother, who was by that time a widow. Selling his fare, he bought a small grinder which he used to grind corn for local farmers. This occurred in the years shortly prior to the commencement of World War I in 1914, although an exact date is not known.

In 1936, James purchased a small lorry, which enabled him to transport the farm produce to Belfast himself. By this time, the numbers of livestock on farms had increased, which meant that there was a growing demand for animal feed. A return load of animal feed was thus collected from the mills in Belfast, which James would then sell to farmers in the Braid Valley. However, with the outbreak of World War II in 1939, things again became difficult, with foodstuffs rationed and stock numbers decreased in order to enable more land to be used for arable production. In fact, James’ lorry was requisitioned by the army for a time for use in the war effort.

However the years following the war saw a gradual return to normality, and business slowly improved once again. By this time, James’ son, also James (1921-2008) had joined him in the business. Shortly prior to the marriage of James junior in 1952, James senior purchased a farm near

Straid, Ballyclare, and together with the rest of the family he relocated, leaving the home farm, and the grocery and feed business, to be carried on by his son.

The availability of mains electricity then enabled James to begin mixing feed himself, using straights bought in Belfast. However the increasing popularity of pelleted feeds during the 1960s saw some compounds still being purchased. During this period, the transition from bags to bulk was also taking place with the first bulk deliveries made in the mid-1960s.

James’ son John (who is the present Managing Director) entered the business in 1972 after leaving school. During the 1970s and early 1980s, the business was growing rapidly and significant investment was made in computer controlled milling machinery, allowing output and efficiency to be increased. A pelleting press was also purchased and the business began producing nuts in September 1983. From then on, virtually all feed has been home-produced. On-going investment over the years has meant that the mill is now one of the most modern and efficient in Northern Ireland.

Now in its 4th generation, with John’s sons having entering the business, upwards of 20 people are employed, many of whom are long-standing employees. From humble beginnings the business has undergone tremendous change, and is now a leading supplier of quality animal feeds to customers all over Northern Ireland. 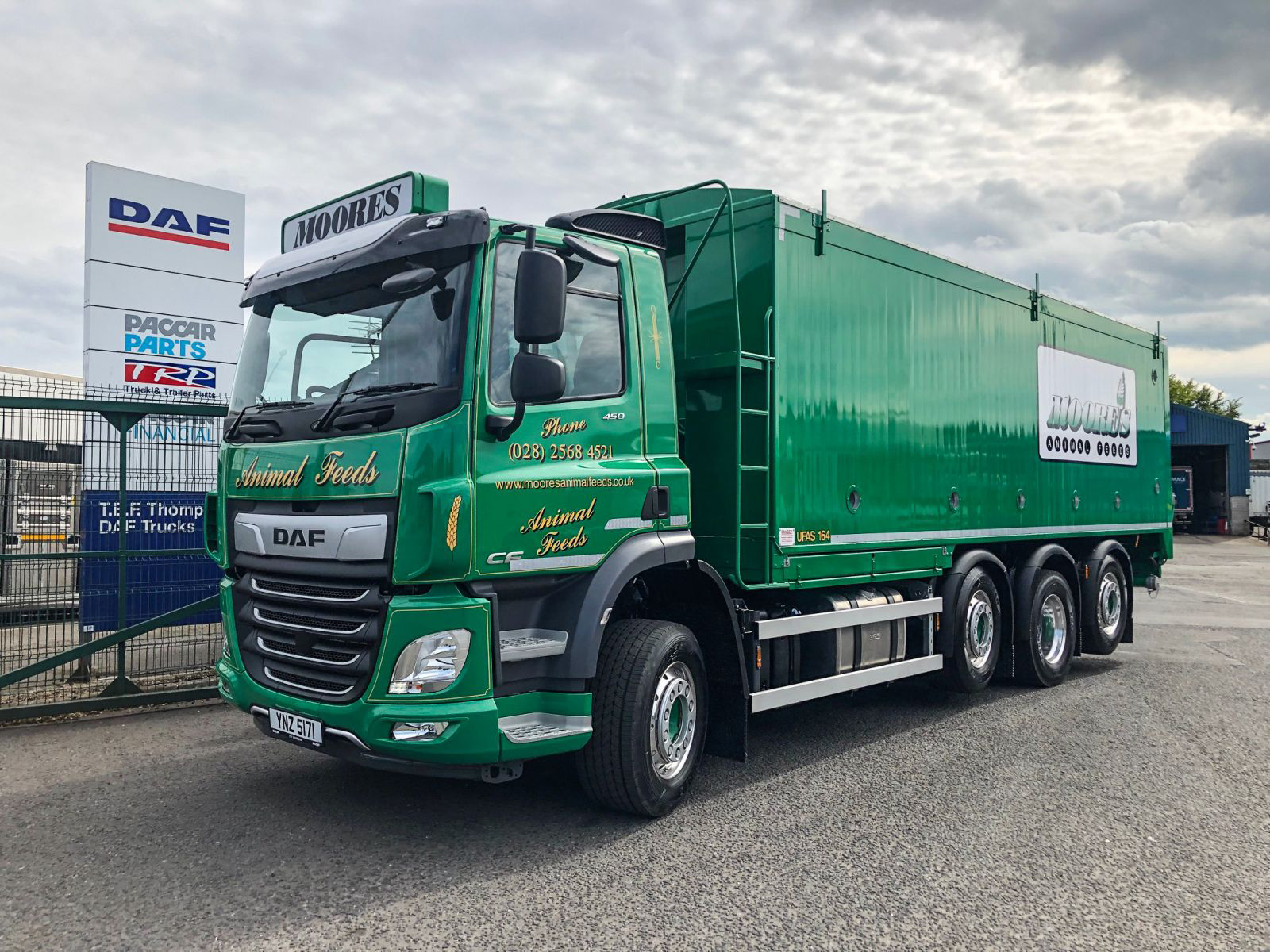